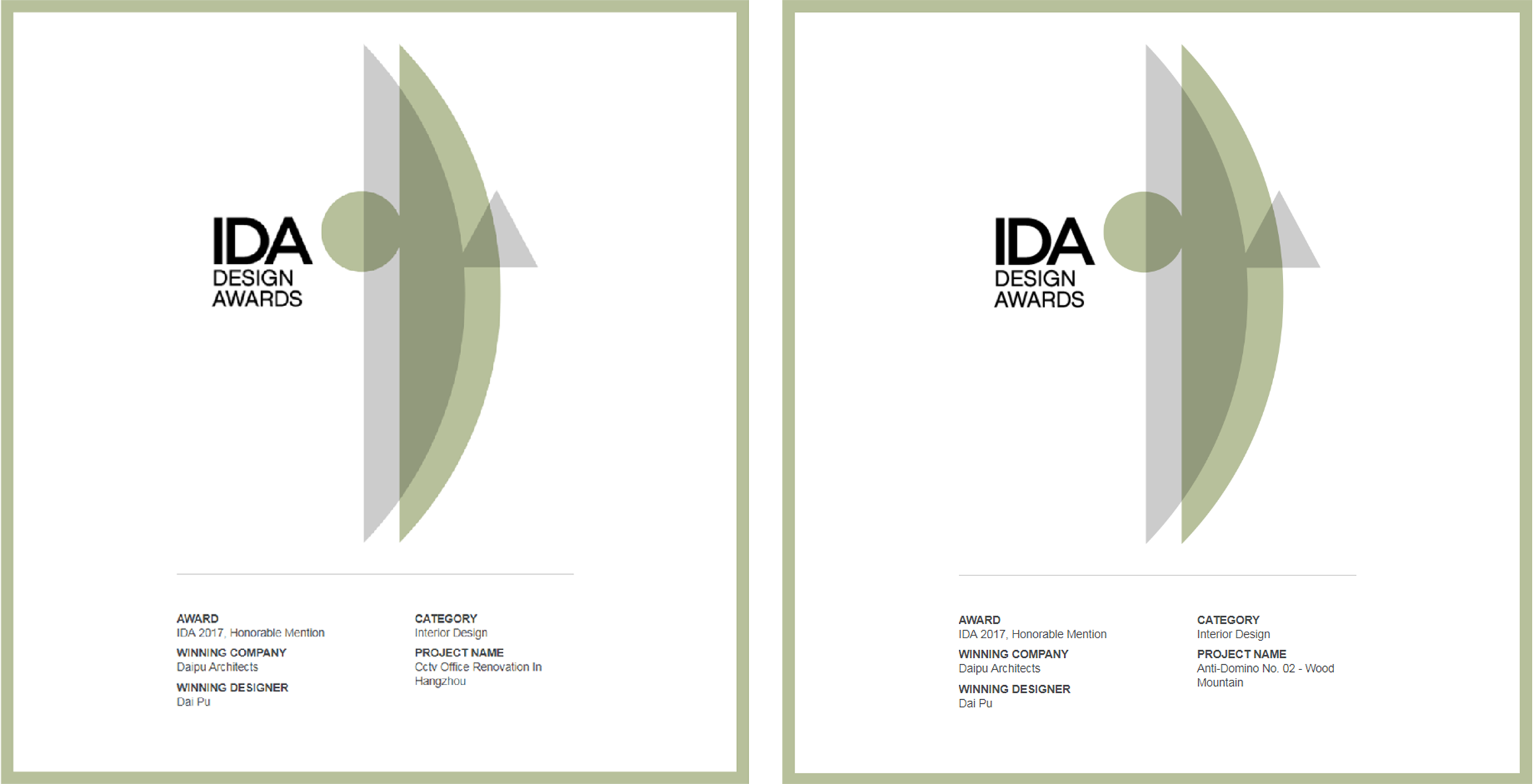 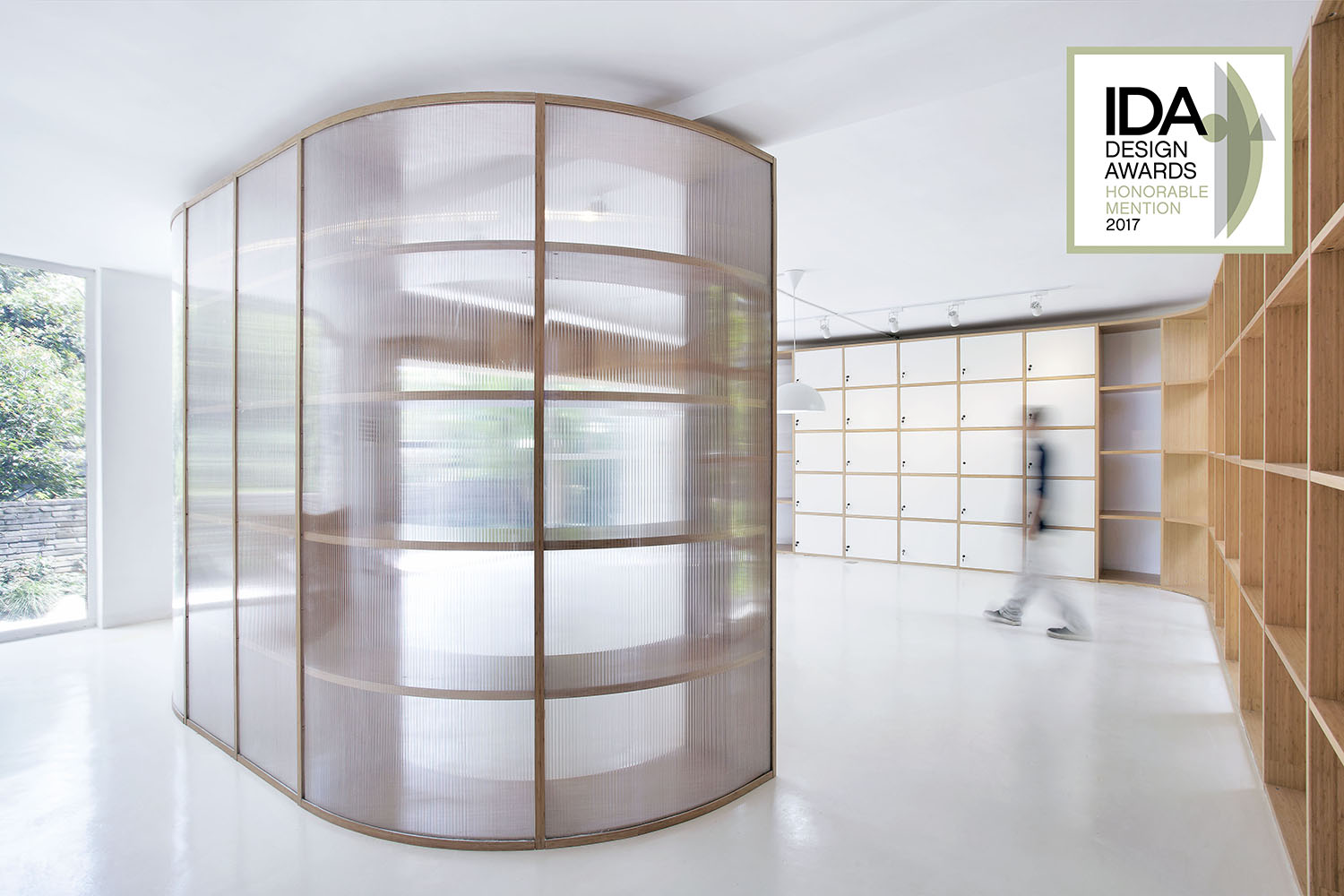 The first consideration was to build up a connection between 2 floors, the connection not only on physical space aspect, but also on psychological perception of people who will work here.  People who will be working downstairs or upstairs could feel the existence of the other part of colleagues, thus to create an ambient of teamwork. 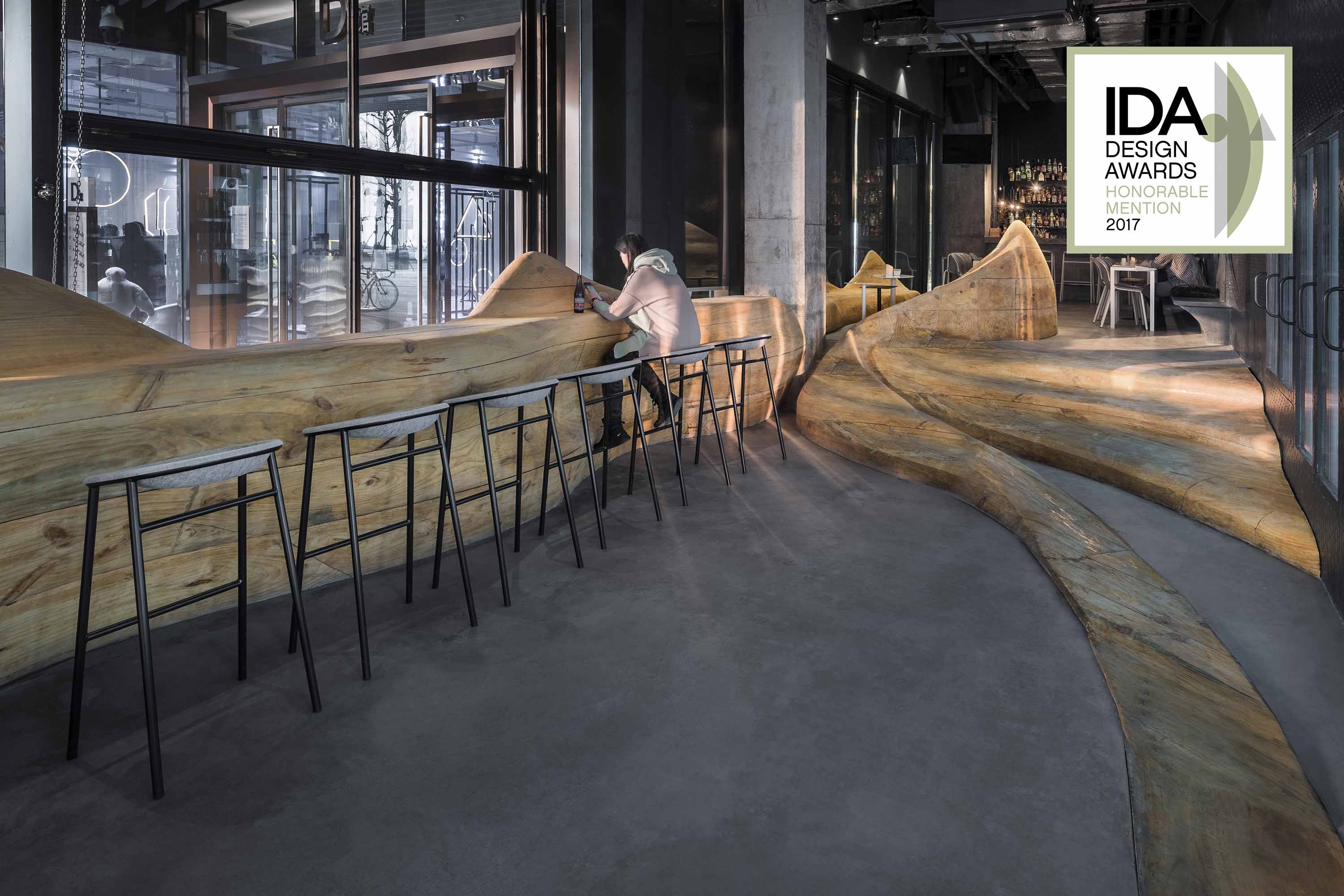 We employ a set of new structural language in this project, to simulate the special mountainous space of Chongqing. The mountainous terrain is introduced into the restricted concrete space with integration of a more subtle scale of furniture. This amplifies the dimensional feeling of the space, and also introduces the more relaxed body gestures (sit, lie, squat, lean) of the Chongqing local people (as well as how a natural person in an old neighbourhood will behave) into such a scene of modern life.